Take a tour of Panorama

Get insights with a technology platform that supports student success

Schedule a demo for your school or district:

When running a survey, one number that receives frequent attention is the "response rate." A relatively simple metric, a response rate represents the number of responses a survey has received divided by the total number of those who received the survey. For instance, if 1,500 respondents have taken the survey out of 10,000, then your response rate is 15%.

In order to increase participation from within a school community, our survey platform sends hundreds of thousands of emails each year to parents, teachers, and staff members to promote participation in a given survey. Why? Engaging as many stakeholders as possible is a necessity to reach insights that are truly representative.

So we decided to analyze how these emails are opened between stakeholders in order to better understand how we can improve response rates. Here's what we found:

Send your survey at the right time of day

So if more than 8 out of 10 emails are opened in the first day, then which hours of the day are emails most frequently opened? 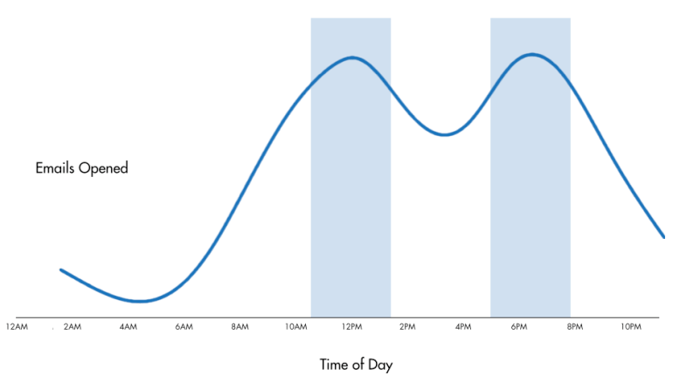 As shown in the graph above, there are two daily peaks for when survey emails are opened. The first comes during lunchtime (11:00AM-2:00PM) and another occurs later in the evening (5:00-8:00PM). Emails that are opened during these time windows account for almost half of all emails that are opened in a given day.

Key Takeaway: Schedule your emails to arrive between 11:00AM-2:00PM or 5:00-8:00PM, as it could greatly increase the levels of engagement in your school survey.

Send reminders, but not too many

Parents and teachers lead extraordinarily busy lives, so it can be difficult for them to find twenty to thirty minutes to complete a school survey. But that's where reminder emails can help.

Our analysis shows that reminder emails can be a very effective tactic in driving engagement for your survey. The percentage of emails that are opened remains above 20% until the fourth reminder. However, each successive reminder email is met with diminishing returns to its open rate, as shown in the table below:

Key Takeaway: Use reminder emails to increase engagement with your survey, but be sure you're not sending too many reminders.

If you're sending the same communications to different stakeholders, then the data may suggest another course of action. It's clear that parents and school staff members (including teachers) open survey-related emails at complete opposite times of day. 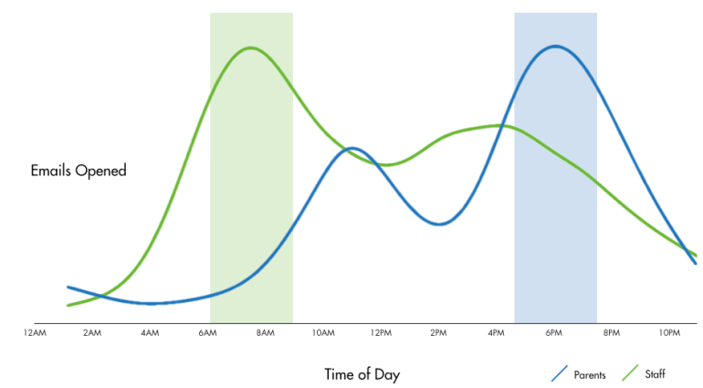 Parents tend to open the most emails in the evening (5:00-7:00PM) or during lunchtime (11:00AM-1:00PM), while showing noticeably lower email opens during the other working hours (9:00AM-5:00PM). Over two-thirds of emails to parents are opened during those two windows.

For teachers and other staff members, the exact opposite pattern is evident. 63% of survey-related emails to staff were opened during school hours (8:00AM-3:00PM) with the highest peak coming in the early morning. Once the school day ends, the number of emails opened by staff sharply declines.

Key Takeaway: Schedule survey communications to parents during the evening and to staff during the school day.

Read our latest research on the connections between SEL and the ABCs of student success: attendance, behavior, and course performance.

Infographic: 3 Principles for Welcoming Students and Adults Back to School in 2021-22